Can your choice of friends change the world?

Online communities are rapidly becoming very real - Pokemon Go players can attest to this fact! With an increasing number of web platforms and marketplaces, and online intermediation solutions, more and more communities formulate. Considering the fact that a society is essentially groups of overlapping communities, what impact do the internet and these new communities have on our society?

In the early twentieth century, Bronislaw Malinowski and John Layard proposed a new approach to ethnology and sociology. Before then, when an experiment included observing a group of people, interference and interaction with the subjects of the experiment was avoided. The observer always kept a distance, trying to understand and decode the lifestyle, the internal communication, rules and everything else about the sample group. The two scientists started to violate this rule by immersing themselves into Melanesian societies for several years, and observing in a participatory manner. Thus, the concept of a participant-observer was born - a real breakthrough in the field of sociological observation. In 1937, the sociologist William Foote Whyte pushed the concept even further by living in an Italian community for four years, in light of his research on Boston street gangs.

The sociologists or anthropologists who use this approach aim to bypass filters which result in inaccurate interpretations of what is observed: ethnocentric interpretations, reservations, shyness, decency, etc. When the observer assimilates into the group, he or she is forgotten very quickly, and the true nature of individuals reemerges, social tensions resurface and the group speaks and acts without filters or restrains that occur when being in a controlled environment.

Organizations, like all human communities, are groups of individuals in which the rules are established not only by the bureaucracy and hierarchy, but also by informal connections. The links between individuals outside the professional sphere are a good example of this. There are also similarities, enmities, cultural differences, education, and so on.

The social involvement of the observer has two advantages:

Nowadays, we are all members of at least one virtual community, many of which have a real dimension. For example, you are a member of your personal LinkedIn network or your friends on Facebook. Sometimes, you may attend a networking event or a Facebook event your friend organized. Personally, you have access to unfiltered information within these networks. You are, therefore, able to objectively observe what stimuli your community reacts to, and attempt to deduce trends. You are a participant-observer.

Intuition as a decision making mechanism 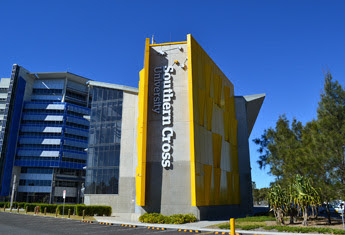 In 2006, Martin Robson and Peter Miller of Southern Cross University (Australia) studied the role of intuition in the decision making process of business leaders. In particular, they studied some of the most successful CEOs in Australia. During their research, Robson and Miller were not surprised to find that the leaders interviewed used their intuition in their roles. However, they also found that the more respondents they interviewed, the more complex the concept became to model.

Intuition, in context of organizational management, often implies the introduction of emotions into the equation. It seems that the more complex the problem, the more we leave it up to our intuition. The power of intuition was approached by Malcolm Gladwell in his book Blink: The Power of Thinking without Thinking. But is the use of intuition really superior to the use of emotions?

Despite popular belief, modern cognitive science has not found arguments against the use of intuition (emotions are a different story). Cognitive mechanisms control both our logical thoughts and intuition, while emotional mechanisms control our emotions.

The human mind has two very different cognitive modes, two distinct ways to approach and solve problems. Reason is based on language, it is linear (thoughts are linked and have a logical progression), it is a conscious process (each argument step is explicit and accessible from memory), and it is "voluntary". It is a slow process. Intuition, on the other hand, is extremely fast and requires very little effort or understanding of the process itself. It just 'happens'.

These characteristics of intuition tend to create a psychological disposition towards cognitive laziness. Joseph Heath, a psychologist and professor at the University of Toronto (Canada) said, "Whenever we encounter a problem, we try to solve the problem in the least effortful way possible. We deploy system-one resources first [intuition]. Only if we suspect the answer is wrong, do we sit down and think about the problem." Intuition is, therefore, the "easy way out" when a problem is beyond our computational capabilities. According to Heath's research, when using intuition, our emotions give way to information.

In your communities, what would get people to stop and reflect, take time to ponder about, share their opinion, or take collective action? 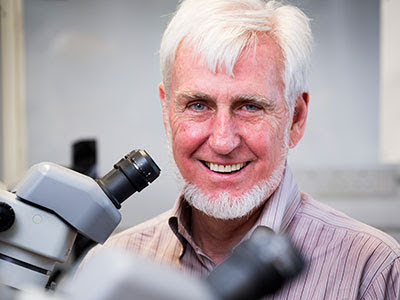 On 6 October 2014, the Nobel Prize in Medicine was awarded to John O'Keefe, who got his PhD from Montreal's McGill University, as well as two Swedish doctors: May-Britt Moser and Edvard Moser. The prize was awarded for their discoveries of nerve cells in the brain that enable a sense of place and navigation. Neuroscientists have previously discovered and confirmed that memory storage is made possible - in large part - due to the plasticity of the hippocampus. Laboratory mice that are suddenly exposed to a stimulating environment (more space, new peers, new items, etc.) have their hippocampus grow and rejuvenate. It is these studies that allow us to understand how memories are part of us. We now better understand why rich intellectual activity and stimulating environments slow down brain aging.

But what John O'Keefe discovered at McGill University is even more amazing: our interactions with the environment and with others around us not only have a direct impact on our ability to memorize, but also our perception of space. His conclusions show that while we move around, a mental map of surrounding space is not only traced in our hippocampus, but also in another area of ​​the brain: the entorhinal cortex. This is where we can find grid cells, which create a coordinate system in a virtual space, in order for us to understand our position. Grid cells tell us our position, direction, the boundaries in the space around us, and can create mind maps in the brain.

Since the discovery of grid cells in 2005, neuroscientists continue to make deeper observations about how memory works. For example, in October 2014, Howard Eichenbaum, from the Center for Memory and Brain at the University of Boston, published an article on what he called 'time cells', which seem to work in parallel with grid cells and contribute to time perception. Gradually, scientific research reveals to us the biological mysteries of memory.

Now, we understand more and more about how our memory is stored. What we are more hazy on is how these memories are written into our memories in the first place. However, several experiments on mice allow us to draw potential conclusions. One of the experiments carried out in 2013 is particularly interesting. It involved three groups of mice: one group was allowed to move around a space freely, the second group was placed on rotating balls that when moved, showed the mice a virtual screen of them moving through a space, and the third group was shown a moving screen but without the movable balls - the mice merely watched how they would travel through the space.

With the third group of mice (that were only spectating their movements), about 30% of cells involved in spatial memory were active. In contrast, for mice that were active on the balls (the second group), all the cells were active! This implies that our vision - our perception of the outside world - is only slightly important for the memory storage process. We can conclude that movement is the essence of the memory storage mechanism.

Virtual stimuli, in a 3D environment or on a screen are insufficient to satisfy the conditions required for memorization. But memory is an essential element of belonging to a group! Perhaps we should take the saying "out of sight, out of mind" less literally! In reality, human interaction remains essential, not just observation.

Get involved in virtual-real communities 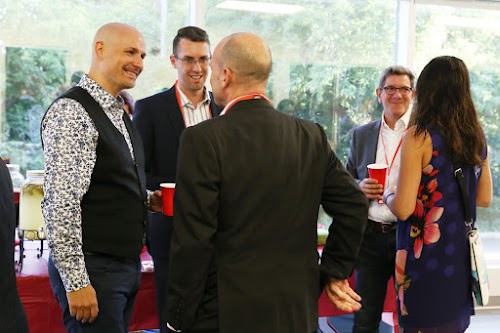 Understanding groups of humans is also and above all about understanding what the individual humans in these groups think, say, see, hear and do. The social codes in human groups can vary greatly depending on various factors (environment, reproduction, food). By observing how the information circulating within the group circulates, we can more or less determine what drives the group towards what actions.

Keep reading:
About Uberization
And what if you were the main problem with Uberization?
+Read

Since storing something within your memory means giving it a priority score, the same can be said about what your community chooses to store. What it chooses to preserve is a great indicator of what the group considers crucial. If the prioritization mechanisms are closely linked to the emotion and memory mechanisms that are only 30% involved when seeing something through a screen, then the virtual life of the community may not be so important or impactful after all!

If the above are accurate studies and apply to humans and human communities, this would mean that the interactions among the community members in the real world are the ones that make the most vivid memories, more efficiency. This would therefore mean that getting involved in an online community that lacks the real world interaction component would be a poor medium-term investment, because this community is destined to eventually disappear due to lack of interest from members. Without the human interaction, even the best idea for a ​​community may ultimately be a waste of time and deprive our society of the expected positive impact. 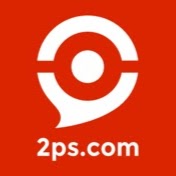 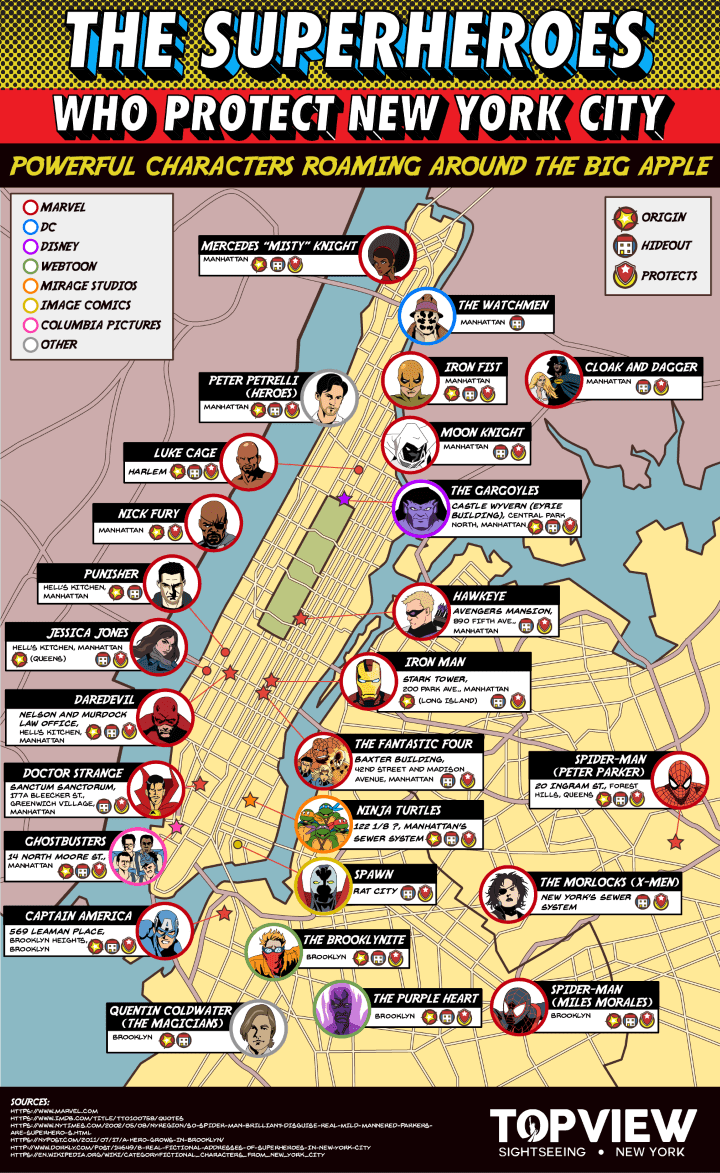 Are you the main problem with Uberization?

People are Talking About Us

Can the world become more effective with the gig economy?